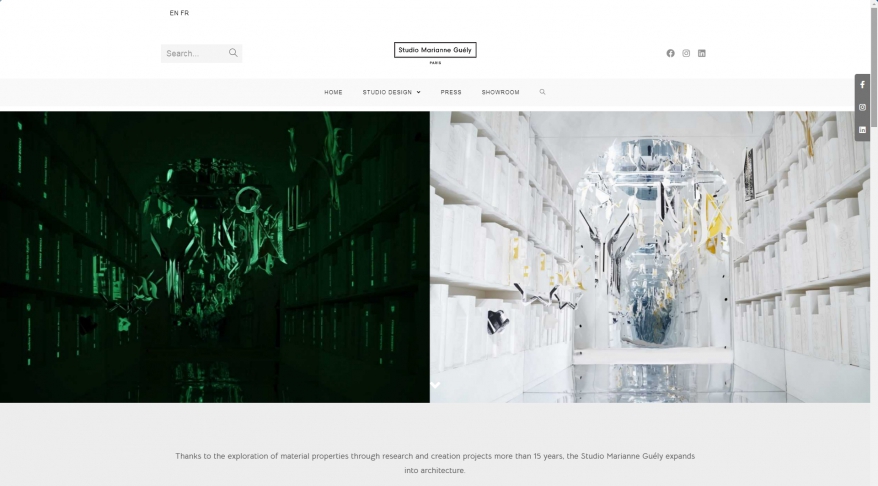 A unique laboratory in the world, Studio Marianne Guély uses its know-how to express its inspiration with agility, finding the right balance between innovation and tradition.Based on its paper expertise, Studio Marianne Guély has built a constantly evolving ecosystem, around which the new elements discovered by Marianne Guély and her collaborators are constantly being added. A continuous and conscientiously documented experimentation, enriched by the many transversal collaborations whose imprint also constitutes the culture of Studio Marianne Guély. The Studio Marianne Guély federates a team of artists, craftsmen and designers who work together to imagine, realize and produce timeless projects. We have developed a French expertise and know-how. This allows us today to collaborate with major French Luxury Houses such as Dior, Baccarat, Chaumet and international companies such as Mikimoto, ...

ADD SITE TO THIS PAGE